“Ryan Bingham: How much does your life weigh? Imagine for a second that you’re carrying a backpack. I want you to pack it with all the stuff that you have in your life… you start with the little things. The shelves, the drawers, the knickknacks, then you start adding larger stuff. Clothes, tabletop appliances, lamps, your TV… the backpack should be getting pretty heavy now. You go bigger. Your couch, your car, your home… I want you to stuff it all into that backpack. Now I want you to fill it with people. Start with casual acquaintances, friends of friends, folks around the office… and then you move into the people you trust with your most intimate secrets. Your brothers, your sisters, your children, your parents and finally your husband, your wife, your boyfriend, your girlfriend. You get them into that backpack, feel the weight of that bag. Make no mistake your relationships are the heaviest components in your life. All those negotiations and arguments and secrets, the compromises. The slower we move the faster we die. Make no mistake, moving is living. Some animals were meant to carry each other to live symbiotically over a lifetime. Star crossed lovers, monogamous swans. We are not swans. We are sharks.”

A 2 years late movie review?  I wanted to watch this movie for so long.  Can’t deny I like George Clooney much.  He is more than sexy and charming….

Sorry for being carried away.  Back to the movie.  Attracted by the first 10 mins. of movie. It started with a backpack philosophy.  What stuff would you put in a backpack and carry with you?  How about people? A backpack is too small.  You can’t stuff everything in or you would bent with a heavy burden and difficult to go further.  So just empty it?  Is an empty backpack means carefree life?  Ryan has tried to empty the backpack for someone new but with disappointed ending.

What you want to fill in the backpack?  Do you want it full or empty?  I have no answer on that.  It’s too philosophical.  No short and definite answer.

Another thing interest me is if there are jobs of firing people?  If that’s real.  the job would be awful.  Being a killer everyday.  How to live with it?  And the film was produced during economic recession.  Lots of layoff around.  I didn’t realized it was so serious which could prosper the “firing industry”.

Besides, technology makes the world smaller but also makes distances between people.  Fired people through internet?  Quite one’s job by text message? Broke by a text message? Is that ridiculous?  No more face to face discussion.  Everything done by sending messages. Are people trying to avoid interaction?  Make sure message passed through.  That’s it. Well, sometimes I feel scare when looking at my cell phone statement.  The cost for text messages is much higher than airtime. The cell phone is not for calls…..

How can people travel so much?  Woke up every morning, not sure where they are.  Really not miss home?  Or really can make planes and airports home?

So many to think of after watching the movie.  It is a bit too heavy for weekend.

Wonders what’s in your backpack…….

Valentine’s Day.  It keeps you busy right?  No matter you have sweetheart or you are single. Seems no one can get rid of it.

It is great that Valentine’s day is on Monday this year.  So you could have a Valentine’s weekend to celebrate.  This weekend has been cold and raining.  Don’t think it did spoiled your mood.  Just have one more reason to cuddle and stay in.  Spent less lol

Flowers arranged?  Table for dinner booked?  Well, might be chocolate and gifts as well.  After gifts for Christmas, New Year, Chinese New Year, now have to think of another one?!    hmm.. we are going to have Chinese Valentine’s Day as well soon.  Headache?  🙂

Feel that Valentine’s Day is too commercialized here.  Lots of advertisements about gifts, flowers, special dinner and hotel romantic package since a month ago.  Seems it’s a chance to show off.  Is LOVE for showing off?!  The expensive bunch of flowers has to send to office.  Girls at that day with no flowers seems “lose faces”.  So some girls ordered flowers to themselves.  Is a bunch of flowers really so important? Is a bunch of flowers equal to you found a special one and you are in love?

Those who are single are busy too.  No one wants to spend that day alone.  Suddenly, many parties for singles are held.  Girls parties, boys parties.  Is that day really hard to survive being alone?   Anyone would think you save a lots being single on Valentine’s day?  😛

Anyone treasure to spend quality time home with your special one?  Just cook a dinner with heart.  Spend time chatting and whisper to each others.  Might be give your special one a good massage?  Intimate and sweet enough.

No matter how you are going to spend the Valentine’s Day, hope it will be a sweet and enjoyable one to you. 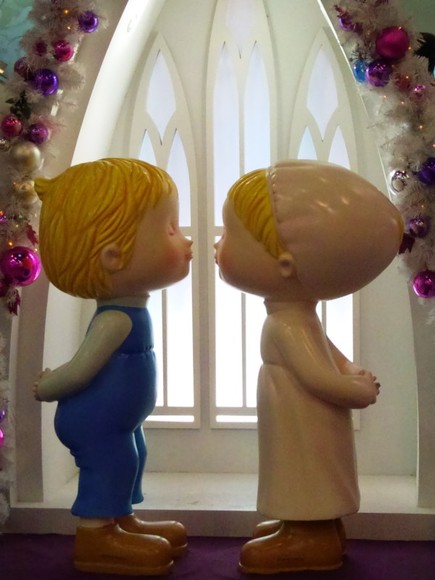 A pretty and charming lady, not sure why didn’t have much lucks in loves.

Hurt by some wrong guys.  Cheated by some bad guys.  Still kept looking for love bravely.

Is love can be found or have to wait for cupid arrow to hit you at the right moments?

She chose not to wait passively.  Went and found her love.

She asked boss to let her have leave for two months.  Flied to USA and made her dreams come true.  Wow.  What a decision?!

She flied there secretly.  Hadn’t informed friends.  Stayed in her auntie’s place.  Not much news from her.  She seldom update her Facebook.  Chatted with her on messenger a few times though.   Just knew that she enjoyed life over there even not much to do as she couldn’t drive.  But she didn’t want to come back.  It has been six months already.

Finally, got an email from her.  She got married!  What?!  Why we haven’t been invited to her wedding?  Why her best friends been keeping into dark?!  Who is her husband?  How she got to know him?  Is he a good person?  blah blah blah.  We have lots of questions.  You know girls… just keep blah blah blah lol

Can’t wait for the catch up though knew that will not be soon.

Enjoy new life over there Mrs. Chen.   Miss you much.

Any love story shares from you?

Wish you all a sweet New Year of the Rabbit ahead. 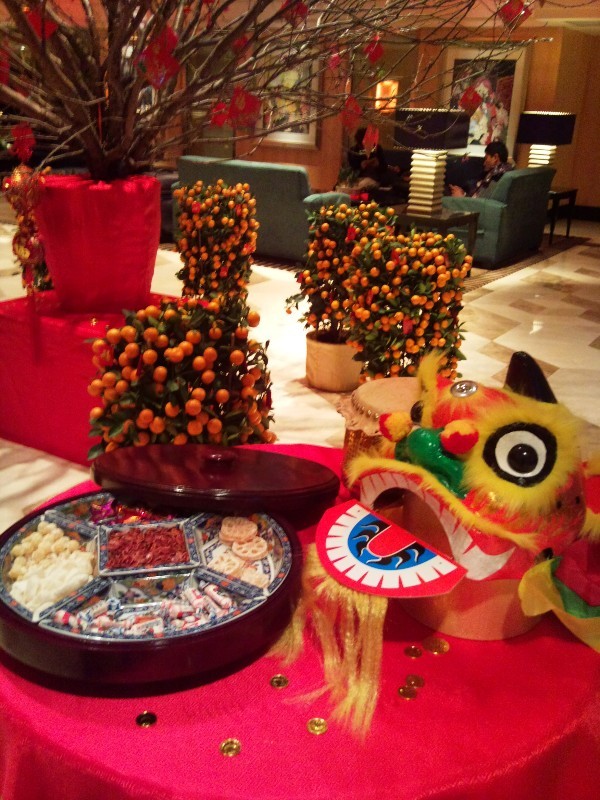 Yes, it’s time to say bye to the Year of Tiger and welcome for the New Year of Rabbit.

So rabbit decorations around 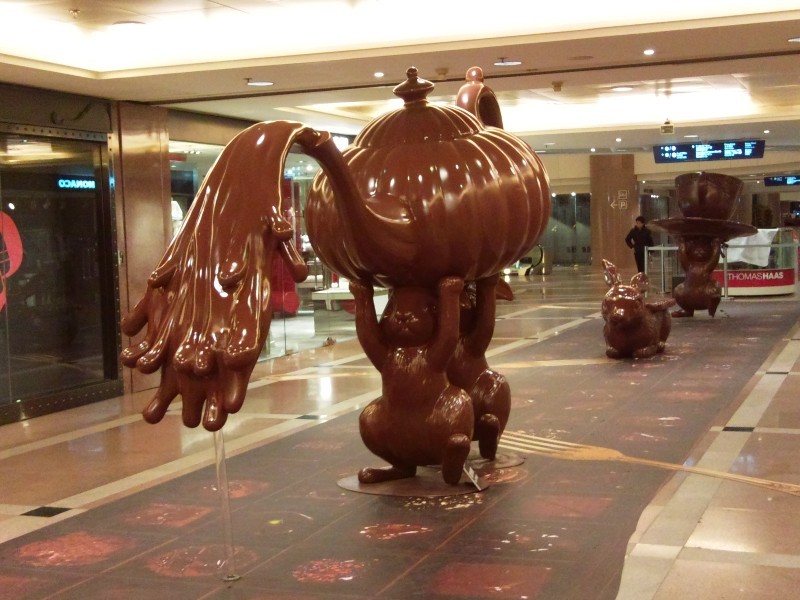 And a rabbit seat. 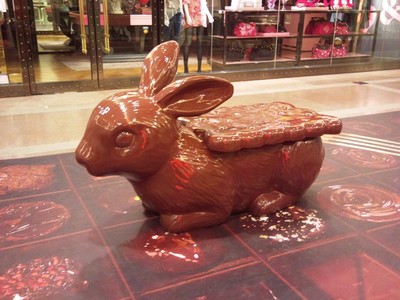 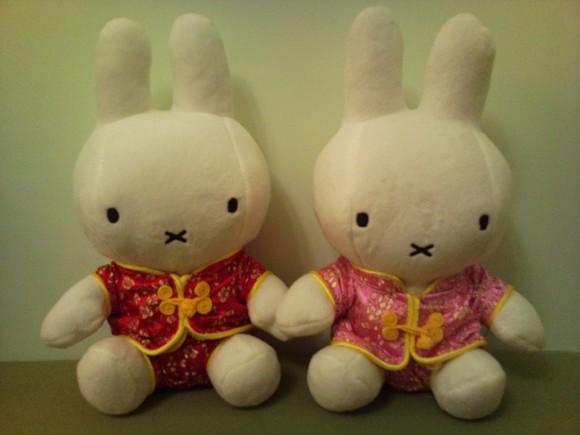 I love their clothes so much.  Thanks my sweet mom. She “helped” them hopping to my place lol

Of course, traditional one as well 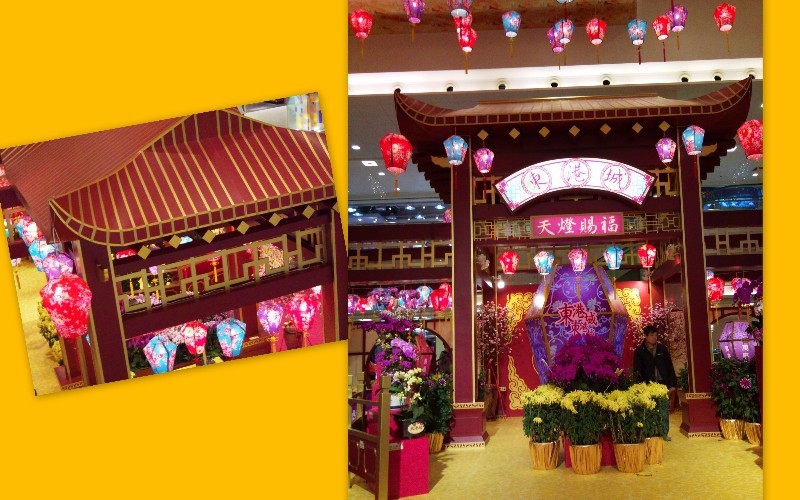 Most kids like Chinese New Year much as they gets lot of red packet and can have as much as candies they want 🙂  To me, frankly, I didn’t like much following parents and visited relative and their friends.  But I did like candies, red packet and traditional New Year food 😛  I like sweet rice cake.

This year I bought something new to mom.  A jujube cake.   Should be nice even if just steam to heat it. 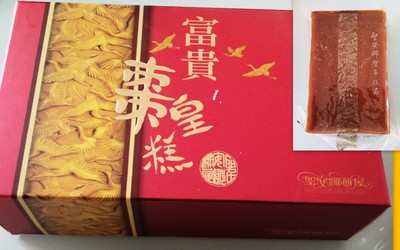 Well, Chinese New Year is time for reunion.  So it is important to gather all family members and have a dinner at the last day of year.  See what my mom cooked?  Wow…… mom is a wonderful Michelin 5 star Chef lol 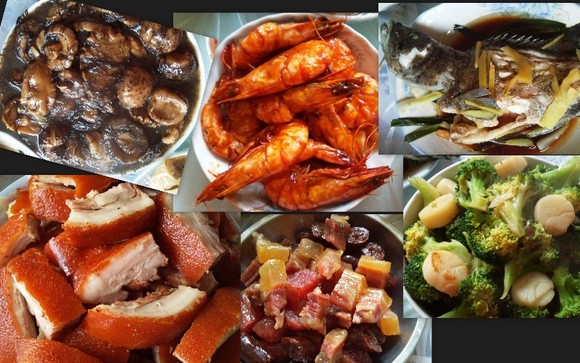 Not yet to Chinese New Year.  But I have a few red packets already.  Also, candies are ready to family. 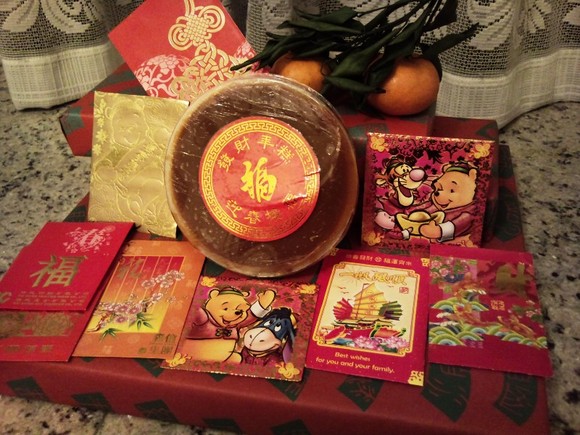 Time to stick some decorations as well.  Well below are the modern one.  Traditional one is supposed to be handwritten by writing brush. 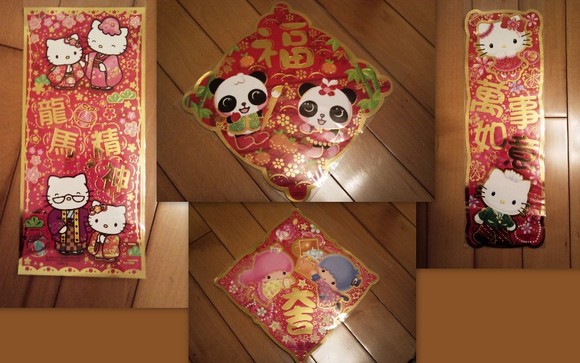 Just less than an hour to go.  Will be the New Year of the Rabbit.

Kung Hei Fat Choy again.  Wish a better year ahead.  May your year be full of loves, joy, success and good health.